I remember the client case we took on in 2010 when a new hire was four months into his tenure in a very high profile role where delivery was paramount. We’d been brought in as a last ditch attempt to prevent him being fired and the merry-go-round of re-recruitment starting up again at great expense.

It sounds silly but the first and massively significant value we added was by making this guy actually sit down for a couple of hours and reflect on what he was doing and how he was behaving – he, of course, in his world had not had time for this!

Almost immediately he drew his own metaphorical picture (often its real as well) of a headless chicken and we were off and running in one or two key directions not forty or fifty. 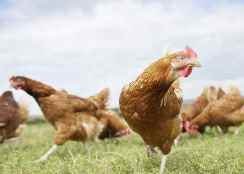 It’s too simplistic to say but, basically, within a couple of weeks he had focused on the really important elements of delivery and, more importantly, had started again on his relationship building through creating, by choice, amazing, enrolling and engaging conversations with the people who really mattered in his network.

This guy has since gone on to be promoted.

So what is the distinction here – it’s not just the fact that he calmed down but also that he was, in a very different way, held to account for both what he was doing (manically) and the way he was doing it. This challenge was not the easy option but it was certainly the most cost effective and results focused.

If you would like help on implementing better leadership skills into your business, The Results Centre has a wide variety of services that can be tailored to your business.