Are quotas the answer? Helen Croft of The Results Centre discuss the impact of introducing quotas to create gender balance in the boardroom.

Despite increased awareness of equality 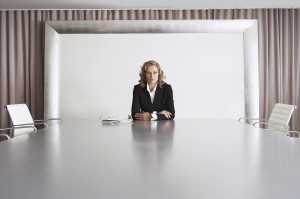 issues within business, British boardrooms remain largely male dominated environments.  Women currently account for around 20% of board membership in FTSE 100 companies, but this is still some way short of the 25% target set for 2015 – and nowhere near the ideal of 50%.

However, some of the strategies designed to redress this imbalance, such as the use of quotas, can stir strong reactions and raise contentious issues.

Norway was the first country to implement quotas, making them a legal obligation in 2008. Whilst other countries have since followed suit, many in the UK are reluctant to follow their example.  However, recent research demonstrates a distinct polarisation in the UK economy. Liberal market policies have resulted in more women reaching high-status positions than in Scandinavia, but the UK is also the European country where most women are found in low-status positions.

The question is, should we introduce quotas here in the UK, or rely on a gradual process to achieve more balanced boards? When considering the issue, we first need to be clear about what are we hoping to achieve by introducing quotas.

Clearly, a more equal representation of women in executive roles is the headline objective. However, whilst proponents of the quota system maintain that gender diversity is good for business, critics assert that it reduces competitiveness. For example, a study by the University of Michigan found that the increased presence of women on boards in Norway resulted in slight losses in companies’ bottom lines to date. This may be because they tended to have less upper management experience. Whatever the explanation, it’s worth remembering that the benefits of long term change can take time to filter through.

Furthermore, research documented in the IMF report Women, Work & the Economy: Economic Gains from Gender Equity, suggests that gender equality at any level encourages participation at the levels below, creating a more balanced pipeline for the future – and ultimately the possibility of a return to genuinely competitive selection.

In addition, the presence of more women on Norwegian boards has corresponded with a higher overall level of education in the boardroom. This conclusion is supported by a study of British corporate boards which concluded that they tend to have better educated members where the proportion of women is higher. Norwegian studies have also found that the presence of more women on boards has led to more focused and strategic decision-making, increased communication and decreased conflict.

The balance of power

The quota system in Norway has been interpreted by some as a political measure to redress gender inequality in power rather than being driven by positive economic effects. This raises an interesting question of bias and stereotypes – why should it be considered wrong to change gender inequalities in power?  If men hold the majority of power, the perception that women are less capable is more likely to prevail, and women may never gain equality because they lack the power to implement the necessary change. Just 20% of national parliament seats across the world were held by women in 2012, with evidence (Beaman 2009) suggesting that men maintain a bias against the effectiveness of women in politics. However, a quota system bypasses the need to change mindsets, offering the opportunity to demonstrate capability on the job.

There are other viable measures which should be considered alongside quotas – and which may inspire less controversy.

Getting in your own way

It’s also important to acknowledge that women’s own mindsets may influence their aspirations and pursuit of equal employment opportunities and higher level roles. This is where the introduction of quotas provides a tremendous boost by creating positive role models, making the impossible seem possible. More importantly, the system puts individuals in power who have the understanding and desire to initiate changes which could make the balance of work and home during childrearing years easier to achieve in future.

Ultimately, the key question is – do the ends justify the means? In Norway, boardroom quotas have now been accepted, even by those who originally opposed them. These quotas have dramatically raised the presence of women in the boardrooms of publicly listed companies and have helped corporations to develop new institutional capacities. With the absence of genuine choice and opportunity for many women in business, quotas offer the chance to rapidly level the playing field.

However, the ultimate objective must be for quotas to be unnecessary. Once there is more equality on boards and women are not deselecting themselves early in their careers, we should see a return to the truly competitive selection of senior positions because there will be an equal and balanced pool of candidates at the sub executive level. At that point, we should see naturally balanced boards where everyone is selected on merit, having had the opportunity to develop and demonstrate their abilities. However, this won’t happen overnight – and so quotas may be the quickest and most effective way of achieving the ideals of free choice, balance and equality sooner rather than later.

Helen Croft is a Partner at The Results Centre. She has extensive experience coaching senior executives and facilitating groups who are dealing with transition. Helen’s focus is on performance during change, coaching individuals during periods of transition and progression. She has nearly 20 years’ experience in industry, and has worked extensively with women in business on issues surrounding mindset and confidence.