The House of Lords has this month asked the government to oppose EU proposals to impose quotas for women on boards. 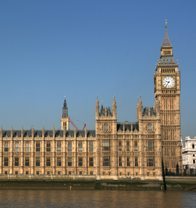 This follows a short inquiry into the EU proposals by the House of Lords EU Sub Committee the Internal Market, Infrastructure and Employment, in which the committee labelled the plans as ‘misguided’.

The EU proposals aim to introduce at least 40% representation on boards for each gender by 2020, with a requirement that the board selection process must give priority to equally qualified female applicants until this quota is met.

The committee’s conclusion, in a letter to business secretary Vince Cable, states that the 40% figure is ‘not a realistic figure for a target’, and advocates the UK continuing to use its current self-regulatory approach, which has helped the UK to progress to above the EU average. The committee states that this approach will help to ‘avoid the incorrect perception that women on company boards are not there by merit’.

Commenting on the call, Committee chairman Baroness O’Cathain said: “In particular, we believe that a stronger flow of women into, and up, the company ranks, would get us to where we want to be. We urge the government to stand firm in its position against this directive.”

If you are interested in the debate surrounding quotas for women on boards join The Results Centre at the Norwegian-British Chamber of Commerce’s event discussing the effect of quotas in Norway after ten years of the 40% quota imposition. Visit www.nbccuk.com/qppI/leadership-event-quotas-women-on-boards to find out more.