An event highlighting the issue of gender quotas and women in the boardroom will take place in London next month (October).  The event is being hosted by the Norwegian-British Chamber of Commerce and is entitled ‘The Quota Truth – 10 Years On’.  Speakers will include business leaders and the Norwegian ambassador. 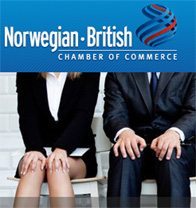 Norway was the first European country to impose quotas ten years ago, passing a 40% quota law for women on public boards in 2008.  The NBCC, the Norwegian Embassy, and Innovation Norway are running the event in collaboration to share experiences and encourage debate about promoting gender equality in business.

Held at The Geological Society in Piccadilly on Thursday 16th October, the event runs from 6pm to 9pm and will take the format of an expert panel examining the commercial and cultural impact of quotas for women on public company boards.

Representatives from the business community, as well as government officials from the UK and Norway will address key topics, including a discussion of the evidence in support of quotas, what business could do to improve the gender balance and whether other governments should consider similar laws. Confirmed panel members include Denise Wilson, CEO of Women on Boards, Kristian Siem, founder of Siem Industries, Mike Walker, MD of Progressive GE and Mona Juul, the Ambassador for Norway.

The event is being sponsored by The Results Centre (www.theresultscentre.com). Partner Agnes Bamford, originally from Norway, is a partner at the company and specialises in cross cultural issues.  Having written several articles on the subject of gender quotas, Agnes explains why The Results Centre decided to sponsor the event.

“The Results Centre work with businesses across Scandinavia, Britain, Europe and the USA, and so the topic of representation of women on boards and in the upper levels of businesses is one that is often brought up,” she comments. “It’s also a divisive and controversial subject that needs to be openly debated within the business community.

“There’s much controversy around quotas – have they succeeded in bringing female talent to the fore, or have they resulted in the promotion of individuals who aren’t necessarily the best for the job? We believe that British businesses can learn from the example of Norway to inform practice here in the UK.  This event will address these questions and help businesses and the government to consider the best route to a achieve gender balanced workforce.”

To find out more about the event, or to enquire about booking a place, visit www.nbccuk.com/qppI/leadership-event-quotas-women-on-boards.