Even those who don’t follow football are familiar with Sir Alex Ferguson and his achievements at Manchester United FC.  At times a controversial character, he has long been respected for his strong leadership and the achievements brought about under his management.

Football is now so much more than a sport; it’s a highly competitive business with millions of pounds at stake and so results are everything – as Roberto Mancini found to his cost at the end of this season when Manchester City failed to win the Premier League.

Interestingly, Alex Ferguson failed to win a single trophy during his first four years at United during the 1980s. Whether this would have been tolerated in the current climate is debatable, but crucially, Ferguson believed that he was building a solid foundation for the future. And as we all know, that self-belief paid off.

“The time we need self-belief most is when things are not going well. Anyone can be positive in good times.” 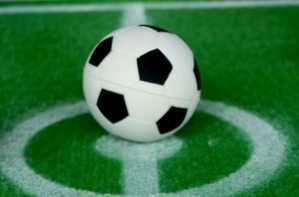 The role of self-belief

In my experience of coaching senior executives from a range of industries, a lack of self-belief is one of the key reasons for poor leadership performance. I believe that managers can learn much from Ferguson’s principles of leadership – but, how can they hope to succeed when both they and others doubt their ability and methods? How can they create and maintain positivity when the desired results take time to materialise?

Alex Ferguson’s enduring achievement was the ability to repeatedly build a series of great teams, combining a range of experiences, skill sets and personalities. He believed in his people, but didn’t shy away from removing those who failed to meet the required standard. In fact, his model of leadership was very much predicated on what we at the Results Centre call ‘followership’. This means that you can only really achieve leadership status if others actively and voluntarily follow you.  Despite (or perhaps because of) Ferguson’s ruthlessness, ashe attracted fierce ‘followership’ from successive teams during his 27 year tenure. Ultimately, his immense self-belief and sense of purpose engaged those around him – and essentially, all the key stakeholders.

Similarly, I have worked with senior executives who have held true to their beliefs over a significant period of time, demonstrating a certainty that has enabled them to deliver amazing results.

The challenge of the new

However, it can be more difficult to stand your ground when recently promoted or newly appointed – when the pressure is really on to prove yourself fast.  However, this pressure can often be both self-imposed and counterproductive. Whilst it’s true that the business world demands tangible results, an excessive pressure to deliver immediate results can in itself, be a reason for failure.

In my experience, one of the most common failings of the newly appointed or promoted is their first interaction with the key stakeholders – and most particularly the boss. Having meaningful communication with the person in charge about their specific needs and goals is sometimes neglected in the rush to prove what they know and can do.  Those who arrive on day one with a fixed idea (often poorly thought out) of what their role entails and immediately start to ‘deliver’, changing everything on principle are unlikely to succeed in the long term.

What is your role?

Alex Ferguson clearly grasped the difference between ‘knowing and doing’ versus ‘being’ a leader from day one – yet many executives miss this point entirely. Ferguson knew that his role was not kicking a ball, but enrolling, engaging, delegating, motivating and communicating – at a distance. Despite the occasional pitch invasion, this is something that he was supremely good at. Similarly, the most successful leaders are those who understand that their leadership is predicated on followers. This in turn is largely determined by who you are ‘being’; i.e. what you do, the example you set and (sometimes) the knowledge that you have.

Whether operating in the world of business or the business of football, it is crucial to enrol your team in the ethos that you want to create, as well as your goals and desirable outcomes. This is more challenging for a new leader who may not be afforded Ferguson’s relative luxury of four years’ tenure before achieving tangible success. However, newly appointed executives need to think through the message that they want to send and invest in its communication.

Ferguson also recognised the importance of delegation through clear communication, using that communication to praise when appropriate. However, it takes self-confidence and self-belief to delegate effectively. It can also be something that newly promoted or appointed leaders are reluctant to do when trying to prove themselves and their worth to a company within a short timeframe.

Ultimately, Ferguson had the confidence and objectivity to employ two parallel and highly successful strategies: perceptive teambuilding and loyalty, combined with a ruthless streak that enabled him to identify and dismiss ineffective team members. Unfortunately, in business we find many examples of teams that have gone stale or are failing to perform. Similarly, poor individual performance is sometimes tolerated because it may be considered too difficult to address

Many companies put their faith in performance management as a way of improving a team’s or individual’s achievement. However, whilst formal appraisals or performance reviews have value, using them as the primary tool for motivating your people and solving problems is unlikely to work. All too often it takes the form of a box that has been ticked, acting as a substitute for good management and leadership practice. Ultimately, there is no effective proxy for great and frequent communication. Love him or hate him, Alex Ferguson didn’t wait around for a quarterly appraisal: everyone around him knew exactly where they stood and what he thought of their performance.

Just like football teams, businesses have long periods of fantastic success as well as times when winning titles or new business seems an unattainable goal. A great leader takes their team through good times and bad. With the enrolment and engagement of their people, they too can be a true leader and someone that people actively choose to commit to and follow.