Jim Collins the successful American author of ‘Good to Great’ has helped a good many companies over the years.  Although it can sometimes be difficult to follow leadership advice as it often exaggerates what can really be achieved, here are some useful points from Jim you may find helpful.

His first is a step by step guide on keeping focused:

1. Create a list of every goal or task you want to achieve.

2. Prioritise this list down to the ten most important. (Collins points out that “it won’t hurt if the first two or three have something to do with money.”)

3. Submit your priorities to your boss and get his sign off.

4. Once you have your top ten put the rest of the list into a drawer and forget about it.

5. Add new goals to your list as they come up, but never work on them unless they are important enough to supplant one of your top ten. 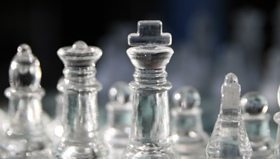 6. When a goal is accomplished, go back to your list and move the most important to your top ten.

7. But no matter what never work on more than ten things at a time.

Let fires burn is Collins’ second tip. Lack of focus is the single biggest reason for failure. Confronted by multiple fires we tend to spread ourselves around so thinly that we never succeed in putting any of them completely out. Successful people portion out their precious time by concentrating on critical tasks while stoically ignoring the rest. In short, in order to be successful you need to develop the skill of saying “no”.

The third tip is interview constantly. Collins believed that in order to find the best candidates, you needed to regularly interview people, in his case it was three people every Friday morning.

According to Collins, recruiting under pressure creates a bias toward “screening them in rather than screening them out:” a sure fire recipe for hiring the wrong person. With mediocre people in post it is almost impossible to build an exceptional organisation.

Never fritter away your “honeymoon period” in a new job. First impressions are critical: waiting too long to make things happen can permanently undermine the trust you need to be effective. Estimate how long your boss has allowed for you to “find your legs” in your new position. Then cut it in half. Never meet expectations; blow them away. The first 101 days will determine your ultimate success in that role and taking action based on clear priorities is

Tip number five is don’t burn bridges. Sooner or later we all find ourselves unhappy in a job. If you can’t change the factors that are making you unhappy, go out and find a new job, but always go out with a party and a referral rather than a collective sigh of relief.

The final tip from Collins is do not put off firing someone. Although it isn’t nice having to let to let someone go, we usually know when a person is “just not working out”. Collins’ rule of thumb is intervene twice: If two attempts at coaching fail to produce results then let the person go. According to Collins, while termination may cause some upset initially, in the long run it usually produces relief and a happier person working elsewhere.

If you would like more help and advice on way to improve your leadership skills, The Results Centre have numerous services that could help your company.  Contact us today to find out more.