Networking is rather like Marmite – you either love it or loathe it.  However, whilst it causes fear and panic for many, networking is an extremely valuable tool for businesses.  A recent study has found the following reasons that most entrepreneurs still dread the networking event.

One of the most popular causes for avoiding networking is not having the confidence to strike up a conversation with a stranger. But the truth is you are not alone; there are many people who will feel the same. But there will also people there who love to network and will easily carry the conversation for you. 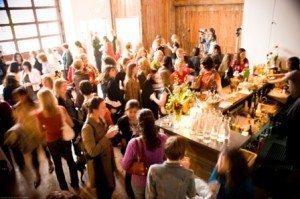 The trick is to go into each event with a target. This could be to single one person out that you specifically want to talk to or to have a target of meeting five new people. Once you face your fear head on, the whole process will become more comfortable.

Remember, just because you are out of the office and in a less formal setting, it doesn’t mean that you are not there on a professional basis. Not having the time to network is a poor excuse- whether a weekly or monthly event you should make time in your schedule.

People who say that networking doesn’t work are those who haven’t given it a real chance. Networking is not about getting a fast sell; it is about building a personal relationship over a period of time that eventually will lead to a successful business partnership.